Looking for a good free VPN service? VPNs are in widespread use all over the world for various reasons. But the biggest reason most average people use them is the privacy protection many of them offer. On one hand, services like Cox plans have added more internet users from more markets. On the other hand, there are many more brands, websites, and unrelated third parties thirsting after your data.

Even with wide-ranging changes like Europe’s GDPR and the penalties it imposed on companies like Google, the fear of being monitored or tracked still exists. A VPN service offers significant utility in terms of protecting your digital identity and browsing activities. However, all of them are not created the same. Read on to find out more about some of the best ones.

However, not all VPN services work the same way. As a general rule, paid VPNs are the best way to protect your privacy. Free VPNs can often be tricky. They may still protect your digital identity, but they may still gather information on you themselves and use them exactly like the brands or sites you are trying to avoid.

Using such a VPN defeats the entire purpose which was to protect your digital privacy in the first place. Of course, not all free VPNs are the same. Some can be free versions of paid VPN services with limited features. Or some may run on their own advertising model. However, free VPNs that don’t show many ads should always be a cause for concern. Especially if these ads contain content relevant to things you may have browsed while using a VPN. Using the right VPN is very important. However, if you cannot go for a paid version right now, try one of the more reliable free services below:

Hotspot Shield has long been a favorite among techies and casual users alike. The intuitive user interface and the functionality make it as simple to use as a VPN can possibly be. The full range of features only comes with the premium version. But the free Hotspot Sheild version still has a decent selection of privacy features. However, you can only connect via one default server location. Still, it allows you reasonable protection and maintains user confidentiality to a large degree.

Many may be familiar with the name of ProtonMail. The email service is one of the finest in terms of email privacy and security. ProtonVPN comes from the same company behind ProntonMail. Swiss firm Proton Technologies AG has made a niche for itself catering to tech-savvy and privacy-focused internet consumers. The ProtonVPN service has a paid version with all the bells and whistles. But the free version is also big on keeping privacy and security intact. Even if it may not have as many features.

TunnelBear is an extremely popular VPN service for one very important reason. Ease of use. The service is easy to download. It also works well across most popular devices including Android, iOS, and PCs. Moreover, it has an intuitive interface that makes it very easy to configure VPN settings and connect to remote servers. The paid version comes with a full range of server locations and additional features. But the free TunnelBear still packs a powerful punch.

Hide.me has become very popular in countries that restrict free access to information. It remains one of the easiest ways to get past geographically restricted content in your area. Hide.me has both free and paid versions. The free version is largely ad supported. But you can easily get rid of them by upgrading to the premium version. The premium version doesn’t cost that much, and with the value it offers, you may want to at least consider a subscription.

VPNs – Why Use Them?

VPN services protect digital identities using an encryption tunnel. In addition, they bounce the request off several geographically separated servers. The idea behind both is to make it virtually impossible to track your device or internet behavior. An encryption tunnel typically offers encryption from end to end. Meaning, it creates a secure tunnel between your device and the target server. Any requests sent between both ends will remain within the encryption tunnel and will be virtually invisible to any snoopers.

On the other hand, remote server locations ensure that nobody can track where the request is coming from. Following the request path will only lead them across multiple servers in different locations. Meaning they can’t usually narrow down the original request’s geographic origin. In effect, the VPN protects not just your device, but also its geographical location. This makes it extremely difficult for webmasters, advertisers, or browsers from monitoring you. It also makes the same thing harder for cybercriminals or other eavesdroppers.

“If you don’t have anything to hide, why do you need to hide?”. This is rhetoric many of us have heard over the years. Yes, people often hide criminal or unethical activity. However, this is not to say that people using a VPN have something nefarious to hide. Quite the opposite. For many, the right to digital privacy is an extension of the universal human right to privacy. It shouldn’t be something you have to protect. Instead, it is something that should be guaranteed to you. And that is why VPN services see a lot of use among all types of internet consumers.

How Can Virtual Private Hosting Help in SEO? 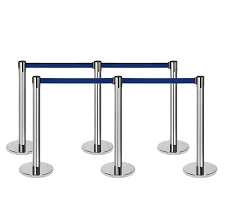 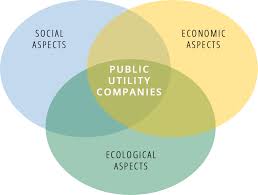 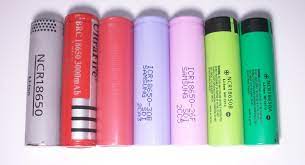