History of Painting and Art Works.Even if contemporary art does not appeal to the majority of the general public, historical works of art still interest many people, who every day, every week, every year visit small and large museums, in our country and beyond: it is, in fact, the opportunity to get to know and see closely the most beautiful masterpieces of Italian, German, Dutch, Spanish, French painting, expressed in movements such as impressionism, symbolism, Dadaism, classicism, romanticism, cubism or, again, expressionism. Up to the post-avant-garde!

From still life to self-portrait, passing from street art or oil on canvas, the history of painting and its great artists has been seen.

Who are the greatest painters in the history of art?

The history of art and, more precisely, the history of painting have been marked by great painters. Even those who do not know anything about painting and art history will undoubtedly have already heard the names of Picasso, Van Gogh, Da Vinci, Dali, Matisse, and Michelangelo, some of the best-known artists.

Palazzo Grassi, the Maxxi, the Uffizi, the Sforzesco Castle, the Vatican Museums attract millions of tourists to Venice, Rome, Florence, Milan every year and so do all the other museums and galleries in our country. Perhaps there are not many Italians who take advantage of the good fortune we have in our home, while there are many foreigners who do not miss one or more visits to our museums. Permanent collections, loans, themed exhibitions are just as many opportunities to learn about and deepen the periods, movements, artistic currents of the past centuries and the decades we are experiencing at this time.

Great works and great names function as catalysts for visitors: Leonardo da Vinci and the Mona Lisa, but also Théodore de Géricault, Rembrandt, Courbet, and Caravaggio, for example, can be found in the Louvre, which houses works from Italian Renaissance to modern painting. Also, in the Louvre, you can admire the most beautiful pictures of Antiquity, in the sectors dedicated to Ancient Greece and Egypt.

The works sometimes surpass the masters. Thus, the great canvases that have made history over the centuries have left an imprint in the collective imagination, without necessarily all being able to link the author’s name to them. Some canvases have been loved for their strangeness, others for the subject they deal with, or even because they mark the beginning of a significant change in the history of painting.

One of the best-known and most viewed canvases globally is Leonardo da Vinci’s Mona Lisa. At the Louvre museum, he is a star, to the point of eclipsing most of the museum’s works and the same room in which it is located. Painted as if it were a modern-day portrait, the Mona Lisa intrigues with her gaze, which seems to follow that of the spectators who move in front of her. But, unfortunately, the same scholars and experts have not yet found a clear and definitive explanation for this secret.

Consistently among the famous works, we cannot fail to mention The Scream by Munch. Painted in 183, the picture represents a human form (half-length) deformed by the cry of terror it is emitting. It is a well-known painting worldwide, to the point of having been the object of thieves’ attention more than once.

Other large canvases are known for dealing with psychologically or symbolically vital subjects. It is the case, for example, of the freedom leading the people, by Eugene Delacroix, a symbol of the French Republic, thanks to the allegory of freedom, represented by a woman wearing the Phrygian cap.

Learn about the history of painting

In reality, the painting was born much earlier than one might think.

Many centuries, millennia, before Leonardo, prehistoric people already used painting techniques. Painters from another era drew the animals they had to deal with during their hunting operations: mammoths in particular, but not only. To paint, they used the few colors known at the time: black, yellow ocher, and red ocher.

In the middle Ages in the West, paintings are transferred to manuscripts or wooden tables. Here, representations always have a relationship with religion and, above all, with Christianity. The religious subjects will remain to keep the artist’s company for several centuries.

The Italian Renaissance is an opportunity to see geniuses of painting at work, such as Botticelli and Leonardo. Their results are influenced by the application of scientific studies on the environment and on man. Perspective makes its first appearance, thanks to which human bodies begin to take on appearances more similar to reality.

Little by little, the Renaissance gives way to Baroque painting, represented in particular by Caravaggio: in this period, the subjects are taken from the tragic scenes of the Bible. The images are dark, and the chiaroscuro technique is used. The painters accentuate the contrasts, illuminating one part of the canvas, creating shadows in other areas.

Who are the most famous contemporary painters

Painting has evolved a lot from prehistoric times to today. In recent decades, artists have sought new forms and new materials to express what once enough to draw and then paint was. Then, check out white canvases, to which other elements such as nails, wood, and iron are added. But not only.

Piero Manzoni, for example, bathes his origins in Fontana’s spatial, finds the magazine Azimuth and opens the gallery of the same name. In his works, the surface of the painting is overcome by the addition of other elements; the provocation comes to expose on one side white surfaces, on the other the famous artist’s shit boxes.

Manzoni is not alone in experimenting: Enrico Castellani, Michelangelo Pistoletto, and Valerio Adami also use different materials (think of Pistoletto’s Venus of the Rag), and their results are recognized with critical international awards and exhibitions in New York.

HOW TO DO ONLINE SHOPPING IN PAKISTAN - A COMPREHENSIVE GUIDE - 2021

Why Should Your Family Take a Trip to a Small Town 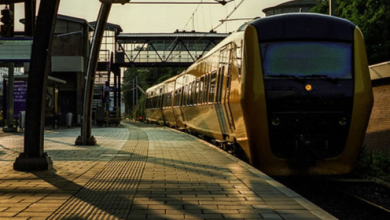 What Type of Electrical Circuit Does a Typical Rail System Use? 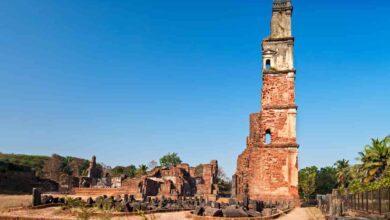 Places to visit in Goa apart from Beaches 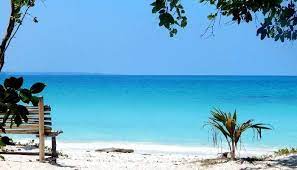 5 Islands to Visit in Andaman and Nicobar